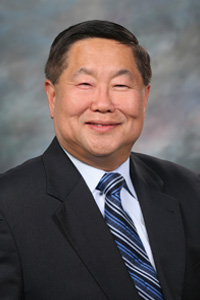 Dr. John Liu is one of Nebraska’s most experienced eye surgeons, having performed thousands of laser surgery and microsurgical. Dr. John specializes in cataract surgery, iLASIK correction, and glaucoma surgery.

Dr. John Liu is a Phi Beta Kappa graduate of Purdue University and served as a major in the United States Army while completing his internship and ophthalmology residency. In 1989, he completed his fellowship in glaucoma at the University of Illinois eye center.

Dr. John Liu was honorably discharged from the army in 1990. Dr. Liu became board certified in ophthalmology in 1987 and participates in continuing education programs around the country. Today he is one of the few fellowship-trained glaucoma specialists in Private practice in Nebraska. Dr. Liu was raised in the common-wealth of Puerto Rico and is also fluent in Spanish and Chinese.