Are you searching for a way to achieve visual freedom from visual aids? LASIK is a popular alternative to glasses and contact lenses.

LASIK is a vision correction procedure that treats refractive errors. These include nearsightedness, farsightedness, and, yes, even astigmatism.

If you have a refractive error or combination of refractive errors, you may be a good candidate for LASIK. Keep reading to learn more about LASIK and why it’s so effective! 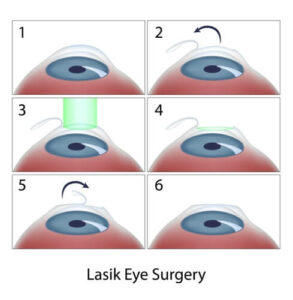 LASIK is a vision correction procedure that involves reshaping the cornea to treat refractive errors permanently. The cornea is at the front of the eye and is transparent.

When light passes through your eye, it refracts or changes its angle through the cornea and hits a focus point at the retina. The retina lines the back of your eye.

After hitting the retina, the light gets translated into impulses. These impulses are sent from the retina through the optic nerve to your brain.

Your brain perceives the impulses as images. When the cornea is misshapen, light doesn’t refract correctly through it.

As a result, light doesn’t hit a focus point at the retina. The light the retina receives and sends to your brain is warped, causing images to appear blurry.

Why Do Refractive Errors Occur?

After reshaping the tissue, your surgeon replaces the flap so it can act as a bandage while your eye heals, eventually fusing back to the rest of the cornea.

What to Expect During LASIK

LASIK is a quick and painless procedure. You’ll receive numbing eye drops before it starts so that you won’t feel almost anything. Surgery only takes a few minutes per eye, and you get to go home the same day you have the procedure.

Recovery is also easy thanks to the corneal flap keeping your eye protected as it heals, and initial discomfort only lasts a day or two. While most people who get LASIK are primarily nearsighted, it can treat farsightedness, astigmatism, and different refractive errors. As long as your prescription is within the treatment limits, you may be able to have LASIK.

Nearsightedness and farsightedness are refractive errors resulting from the cornea being either too long or too short. If your cornea has a longer, more pronounced curve, light refracts so that the focus point lands in front of the retina.

Astigmatism is different because it causes blurry vision at all distances. It’s not caused by the cornea’s curve being too pronounced or flat but rather by its shape.

A person with astigmatism has a cornea shaped more like an egg than a perfectly round ball. But even though astigmatism is different from other refractive errors, you can still correct it with LASIK.

You Can Treat Astigmatism with LASIK to a Point

LASIK does have limits, however. It can only correct up to 5.00 diopters of astigmatism.

However, this covers most patients with astigmatism. The chances are good that your prescription will fall within these limits. If your prescription is not within the treatment guidelines for LASIK, you may be a better candidate for PRK or another procedure.

Who Qualifies as a Candidate for Having LASIK? 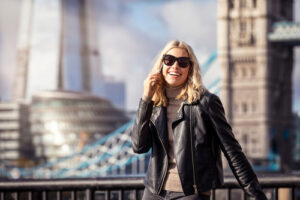 Although LASIK can correct your refractive errors, it’s unsuitable for everyone. While most people do qualify for LASIK surgery, around 10-15% get screened out for one reason or another.

To know if LASIK is right for you, you need a LASIK consultation. A LASIK consultation is the only way to see if you qualify for LASIK. Many factors go into LASIK candidacy, but some you can determine before being evaluated.

A good LASIK candidate is at least 18 years old. They cannot be currently pregnant or nursing due to changes in vision while pregnant. They should be in good health and have no eye conditions besides a refractive error.

LASIK Creates a Flap in the Cornea to Correct Vision 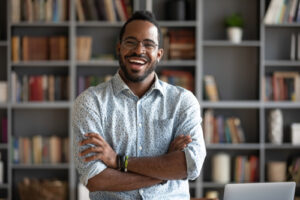 If your corneas are too thin, undergoing LASIK can result in severe complications or issues with your vision. Most people qualify for LASIK.

If you find out that you aren’t a good LASIK candidate, alternative vision correction procedures can also correct astigmatism, like PRK or the Visian ICL. If you don’t qualify for LASIK, talk to your eye doctor about these alternatives.

Are you ready to say goodbye to glasses and contact lenses? Find out if you are a good LASIK candidate by scheduling your LASIK consultation at Omaha Eye & Laser Institute in Omaha, NE!

You have nothing to lose and everything to gain, so why wait any longer? Your best vision could be right around the corner!